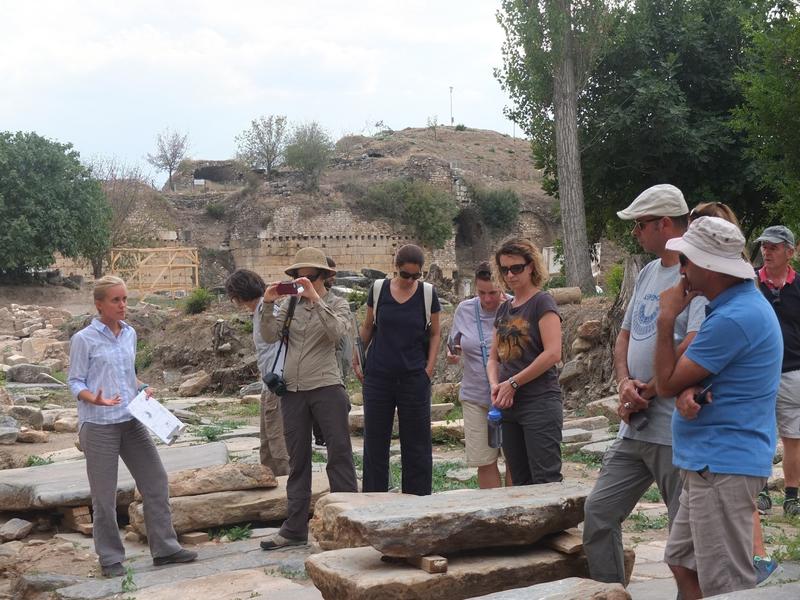 Ine Jacobs (left) guiding a group of Greek, Bulgarian, Turkish, UK and US colleagues around the site at Aphrodisias

Many congratulations to Dr Ine Jacobs who has formally taken over from Professor Bryan Ward-Perkins as the Director of the Manar al-Athar open-access photo archive project.

The Manar al-Athar website, based at the University of Oxford, is the inspired creation of Judith McKenzie (1957–2019) and is supported by the OCBR. It provides high resolution, searchable images for teaching, research, and publication. These images of archaeological sites, buildings and art, cover the areas of the former Roman empire which later came under Islamic rule, such as Syro-Palestine/the Levant, Egypt and North Africa, as well as some bordering regions, such as Georgia and Armenia. The chronological range is from Alexander the Great (i.e., from about 300 BC) through the Islamic period. It is the first website of its kind providing such material labelled jointly in both Arabic and English.