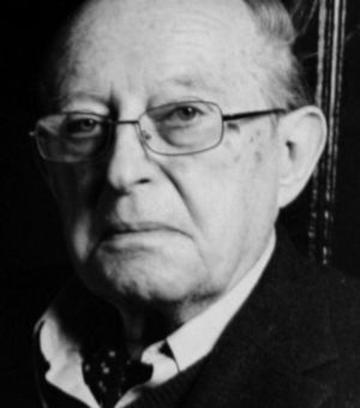 Professor Cyril Mango was one of the world’s great scholars – and a towering influence on Byzantine historians around the world. For many years he was Bywater & Sotheby Professor of Byzantine Literature and Language at Oxford University, and oversaw a quite astonishing efflorescence of Late Antique and Byzantine Studies at Oxford.

In addition to his many masterpieces – which included seminal works such as The Brazen House, Mosaics of St Sophia and Byzantium: The Empire of New Rome – Professor Mango also inspired generation after generation of young scholars who studied for doctorates under his supervision. That many now hold some of the most prestigious positions in universities around the world is testimony not only to his scholarship but to the rigour he brought to the subject and instilled in those early on in their careers.

Cyril was a stalwart of Late Antique and Byzantine Studies around the world; but it was Oxford that provided him with his intellectual home for many decades and where he was greatly loved by a thriving community that he helped build, along with his wife, Dr Marlia Mango. His interests were encyclopaedic, supported by an astonishing range of linguistic, technical and analytical skills deployed with a magical writing style. He was a man of profound learning and extraordinary insight.

Professor Mango’s passing marks the end of an era for Oxford University, Byzantine Studies and the humanities around the world.

The Oxford Centre for Byzantine Research (OCBR), Oxford Centre for Late Antiquity (OCLA) and the Oxford University Byzantine Society (OUBS) offer their sincere condolences to Professor Mango’s family – alongside their thanks and admiration for a scholar of breath-taking ability, range and impact.

If you would like to leave your condolences or share memories of Cyril, please fill in the form below and we will publish it on this webpage.

"Cyril Mango was quite simply a giant in Byzantine studies, with a level of scholarship unsurpassed. I first knew him when he was Koraes professor at King's College London and he was a link to Dumbarton Oaks in its glory days. Generations of Oxford Byzantinists have gained immeasurably from his teaching and his example, and his publications, especially on the history and monuments of his native Constantinople, will live for ever. I join in sending my deepest sympathy to Marlia Mango, herself an inspiring teacher to so many Oxford students."

"My debt to Cyril Mango is huge and particular.  I had begun a translation of Theophanes Chronicle, aiming at nothing more than a simple photo-copy version for my students in Melbourne . Ihor Sevcenko then told me on his first visit to Australia that Cyril had already completed doing so. Happily that wasn’t quite accurate, and my great joy came when Cyril, after first asking me for a draft of what I had done, invited me to join him in translating the complete chronicle. That was remarkably generous and kind. The work was done largely 10,500 miles apart in an era before email (and mainly before even fax was available – we began in 1978). So we didn’t meet or correspond often but the meetings (over lunch at Exeter on my occasional UK visits) were always memorable and the brief written exchanges so much more valuable than their brevity might suggest. Though I was obviously a huge beneficiary of his knowledge, what was always impressive was his openness to my suggestions and his willingness to adopt them. For that I shall always be grateful as well as remembering his generosity and kindness in risking such an unequal partnership."

"Sincere condoleances. Pr Mango was to me one of the most important guide to the study of Late Antique Constantinople "

"I was greatly saddened to hear of the death of my doctoral supervisor Professor Cyril Mango. Not only was he a great scholar, but also a great teacher. I would like to share the following fond memory: When my first book on the Homilies of Emperor Leo VI came out (1997), I presented it to him during an event in his honor at Oxford, on the occasion of the publication of his translation of The Chronicle of Theophanes Confessor, which had also just come out. He took it and immediately placed it on the table next to his book. I will never forget this gesture of unparalleled generosity."

"Professor Mango's Byzantium: The Empire of New Rome is one the books that sparked a lifelong interest in the Eastern Empire almost 40 years ago, even though I did not pursue it academically. I still have my copy bought at university, sitting the head of three shelves of Byzantine history books that followed it. My condolences to his family, friends, colleagues, and students. "

"Although I came to know Cyril personally only in his old age, his gracious welcome and kind interest made a deep impression on me. He has left us physically, but his light remains."

"My condolences to Prof. Mango’s family and friends. RIP to a great Byzantinist."

"Cyril Mango was one of the best Byzantinists I ever met. And a man very nice to speak with. I am sad because of this loss."

"My deepest condolences to Dr Marlia Mango and the Oxford Byzantine Community for the loss of a leading scholar, whose studies and students will always promote the world-wide interest in Byzantine Studies. He will always be remembered for his knowledge, influence and academic values."