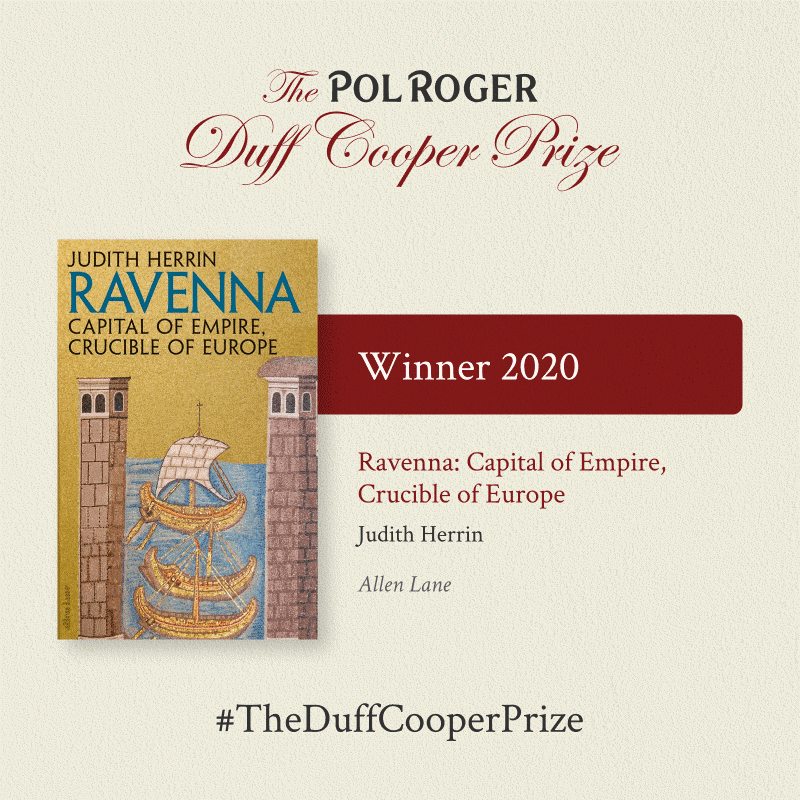 Many congratulations to Judith Herrin, OCBR Visiting Professor 2021, upon winning the Duff Cooper Prize for her book Ravenna: Capital of Empire, Crucible of Europe.

The Pol Roger Duff Cooper Prize celebrates the best in non-fiction writing.The first award was made in 1956, and it has been given annually ever since.

“The early medieval mosaics of Ravenna still dazzle us today; but while little of its early history remains, the Byzantine scholar Judith Herrin has consulted sources from all over Europe to piece it together. In this beautifully written and gorgeously illustrated book, she reveals a city that was a melting-pot of Greek, Latin, Christian and Barbarian cultures, and a vital pivot between the rival worlds of Rome and Constantinople.”

The OCBR is thrilled that the excellence of this enthralling read has been recognised with such an auspicious prize. Judith Herrin discussed Ravenna with Averil Cameron and Peter Frankopan as part of TORCH's Book at Lunchtime series last November. The podcast is available online and is well worth a listen!