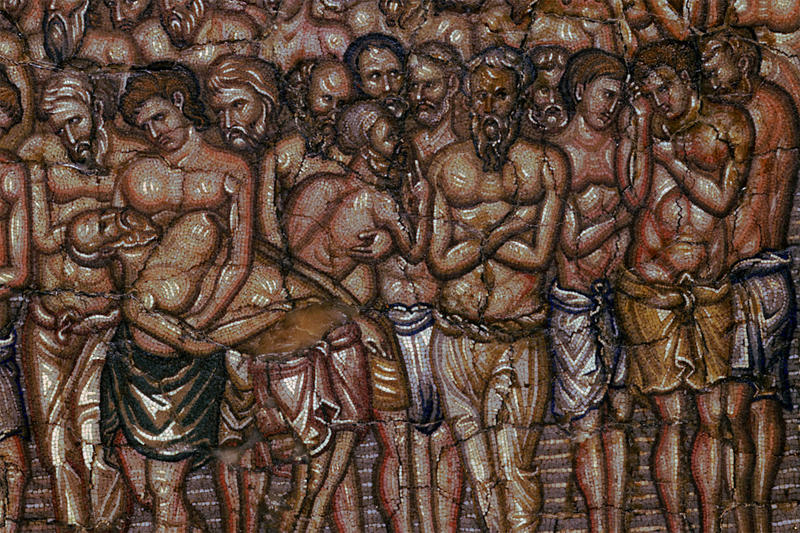 Professor Claudia Rapp, who has a longstanding relationship with the OCBR and will be the OCBR Visiting Professor 2021, has co-organised this fascinating seminar hosted by Dumbarton Oaks and extends a kind invitation to all Oxford scholars. Please note that registration is required: https://doaks-org.zoom.us/webinar/register/WN_vAk_q-kASz6sjIMLeC6MEw

For the past five decades, Byzantinists have explored gender and sexuality. More recent work has turned to gendered emotions and religious devotion. While much of this research has its origin in women’s history, there has been an increasing interest in men, including monks and eunuchs, and in the articulations and performances of masculinity.

This conversation brings together scholars across the globe who have actively promoted this research to reflect on their work and its evolving academic and nonacademic contexts.

Derek Krueger is the Joe Rosenthal Excellence Professor of Religious Studies and Women's, Gender, and Sexuality Studies at the University of North Carolina at Greensboro. He serves as chair of the United States National Committee for Byzantine Studies (2016–2021) and as a senior fellow at Dumbarton Oaks (2015–2021). His current project is entitled “Monastic Desires: Homoeroticism in Byzantine Ascetic Literature.”

Mark Masterson is senior lecturer of classics at Victoria University of Wellington, New Zealand. His major research interest is same-sex desire between men in classical antiquity and medieval Byzantium. His Between Byzantine Men: Desire, Brotherhood, and Male Culture in the Medieval Empire is forthcoming from Routledge.

Claudia Rapp is professor of Byzantine studies at the University of Vienna, director of the Division of Byzantine Research at the Austrian Academy of Sciences, and scholarly director of the Sinai Palimpsests Project. She serves as president of the Austrian Association for Byzantine Studies and as a senior fellow at Dumbarton Oaks (2019–2021). Her research and publications (including Brother-Making in Late Antiquity and Byzantium: Monks, Laymen, and Christian Ritual) focus on social and cultural history, often from the angle of religious history and manuscript studies.

Shaun Tougher is professor of Late Roman and Byzantine history in the School of History, Archaeology and Religion at Cardiff University. He works especially on Constantinian and Macedonian dynastic history and on eunuchs. His Roman Castrati: Eunuchs in the Roman Empire is forthcoming this autumn.