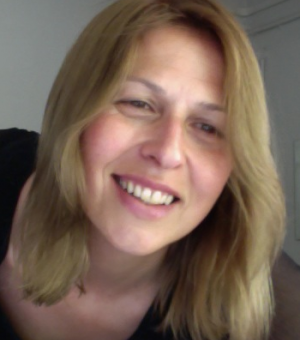 I am a classicist and a historian of Late Antique and Byzantine literary culture. I convene graduate courses in Medieval Latin, Byzantine Greek, and Byzantine Epigraphy, and supervise MSt, MPhil and DPhil students in Late Antique and Byzantine Studies. One of the most rewarding aspects of my work at Oxford involves teaching and training advanced research students in skills essential for their master and doctoral studies but I am equally committed to my own research, much of which involves collaborations with my colleagues, many among them fellow-epigraphers, from the UK and further afield, such as Austria, Greece, Serbia and Turkey. I give regular spring lectures as a visiting professor at Belgrade University. More recently, I have been appointed one of the coordinators of the International Committee for Byzantine Epigraphy, and a co-editor of the newly-established series Studies in Byzantine Epigraphy.

"The Book of Syntipas the Philosopher: The Byzantine Tradition" in Fictional Storytelling in the Medieval Eastern Mediterranean and Beyond (8th-15th centuries), eds C. Cupane and B. Krönung (Brill, 2016) 380-400 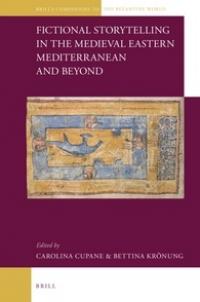 This volume highlights the wealth of medieval storytelling and the fundamental unity of the medieval Mediterranean by combining in a comprehensive overview popular eastern tales along with their Greek adaptations and examining Byzantine love tales, both learned and vernacular, alongside their Persian counterparts and the later adaptations of Western romances.

"Epigraphic traditions in Eleventh-Century Byzantium: general considerations", in Inscriptions in Byzantium and Beyond, ed A. Rhoby, ed (Veröffentlichungen zur Byzanzforschung, 2015) 203-26 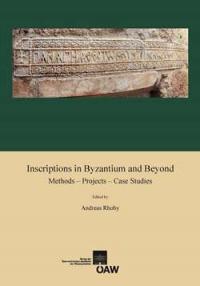 The present book, the first collective volume entirely devoted to aspects of Byzantine epigraphy, mainly comprises papers delivered at two international meetings (Vienna 2010, Sofia 2011). The book is divided into four sections and includes among others the following contributions: after an introductory article about the “history” of the discipline of Byzantine epigraphy Cyril Mango tries to define the term “Byzantine inscription” and its limits. Vincent Debiais offers some interesting observations by comparing medieval Latin inscriptions from the West with Byzantine epigraphic traditions. The second section of the book bears the title “Methods of Editing Byzantine Inscriptions”: while the paper of Peter Schreiner discusses the urgent necessity of creating a new epigraphic initiative within Byzantine Studies, Walter Koch describes the Western medieval inscription projects in detail. Both Guglielmo Cavallo and Erkki Sironen discuss editorial guidelines while Charlotte Roueché stresses the advantages of creating online-corpora, and Joel Kalvesmaki describes his recently published epigraphic font “Athena Ruby”. The third section covers articles which report current epigraphic projects: two projects from Greece presented will be published within databases. Maria Xenaki discusses the epigraphic wealth of Cappadocia and its hardly studied graffiti. The last section is devoted to case studies articles. Their content ranges from Late Antiquity (Sencer Şahin, Mustafa Sayar) until the middle and the late Byzantine period (Ida Toth, Linda Safran).

"The authorship and authority in the Greek Life of Syntipas", The Author in Middle Byzantine Literature. Modes, Functions, Identities, ed A. Pizzone (De Gruyter, 2014) 87-105 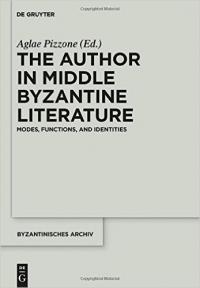 Author and authorship have become increasingly important concepts in Byzantine literary studies. This volume provides the first comprehensive survey on strategies of authorship in Middle Byzantine literature and investigates the interaction between self-presentation and cultural production in a wide array of genres, providing new insights into how Byzantine intellectuals conceived of their own work and pursuits.

"The narrative fabric of the Genoese pallio and the silken diplomacy of Michael VIII Palaiologos’", in Objects in Motion: The Circulation of Religion and Sacred Objects in the Late Antique and Byzantine World, ed H. G. Meredith (Archaeopress BAR International Series 2247, Oxford 2011) 91-109 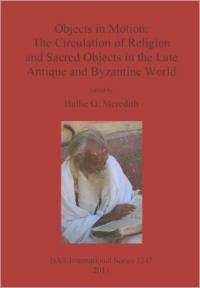 The essays in this collection consider the circulation of religious material culture in the Late Antique and Byzantine world, exploring themes such as how objects become holy and their role as physical bearers of social memory, and of ideas. Subjects include Eusebius' Vita Constantini, portable altars, objects as signifiers of miracles, ivory diptychs, the material culture of Manichaen magic, and the use of the religious gift in Byzantine diplomacy.

My research interests fall into three distinct fields of Byzantine Studies: rhetoric, narrative fiction, and writing culture (including epigraphy). I have published on late Byzantine imperial orations, on the medieval transmission of the Life of Aesop and the Book of Syntipas the Philosopher, and on Byzantine inscriptional traditions in the seventh, eleventh and thirteenth centuries. I have co-organised several major international academic initiatives such as The Summer Workshop in Byzantine Epigraphy (with Andreas Rhoby) and The 49th SPBS Spring Symposium of Byzantine Studies: Inscribing Texts in Byzantium (with Marc Lauxtermann). I currently work on transformative periods in Byzantine epigraphic culture, on the middle and late Byzantine translations of eastern novels, and on the encomiastic oratory of the Palaiologan court. I am a co-editor of the collective volumes on Reading Culture in Byzantium (forthcoming in 2017) and on Byzantine Epigraphy (forthcoming in 2017/8), and a member of a project team that prepares a comprehensive anthology of Byzantine Literature.

I would be willing to hear from potential DPhil students regarding Byzantine Literature and Epigraphy.

I would be willing to hear from potential Masters students regarding Late Antique and Byzantine Studies.