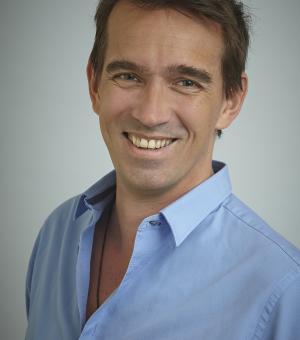 I work on the history of the Mediterranean, Russia, the Middle East, Persia, Central and Southern Asia, and on relations between Christianity and Islam. I am particularly interested in exchanges and connections between regions and peoples.

Peter Frankopan is Professor of Global History, Director of the Oxford Centre for Byzantine Research and Senior Research Fellow at Worcester College. He specialises in the history of the Byzantine Empire in the 11th Century, and in the history of Asia Minor, Russia and the Balkans. He works on medieval Greek literature and rhetoric, and on diplomatic and cultrual exchange between Constantinople and the islamic world, western Europe and the principalities of southern Russia.

History of the Byzantine Empire, 800-1204; Byzantium and its neighbours; the Komnenoi; heresy; medieval Greek and Latin literature; national identities; state formation in the medieval world.

It feels like we are living in turbulent times: climate change, religious fundamentalism and new technologies seem to challenged the way we live. Major geopolitical change to is unsettling, with economic stagnation and dissonance in the western world a sharp contrast to the rising economic, political and military ambitions of countries in Asia. If we are to understand the world around us, we need to study its past.

I have spent more than two decades at Oxford working on peoples, countries and regions that have been ignored for too long: children at school and even undergraduates at university spend precious little time on Russia, Iran, the Byzantine Empire, the Gulf region, Central and South Asia and China – if they spend any time on them at all.

My work centres on looking at connections and exchange, and trying to better make sense of the way the world hangs together. I do this by using as many different sources I can find and use reliably, from narrative written accounts to archaeological surveys, but paying particular attention to recent scientific advances: we can learn a great deal from pollen counts, ice core evidence and even from parasitic deposits in latrines that show how people actually travelled – rather than how they were said to travel.

I love being a historian. What I love best is being able to ask questions about anything and everything. I love being able to follow my instincts and to look into topics that interest me – even when that means having to go back to the basics and start from the beginning. I have learnt how important it is to have an open mind and how to beware of pre-conceived ideas that have either already formed in my mind or which have been pressed into it by my own experiences, biases and assumptions.

Studying history does not have to involve the present; as it happens, the area that lies between the Eastern Mediterranean and the Pacific coast of China is experiencing a time of profound change. Following what is happening, and trying to see what we can learn from the past is better than the best coffee you can find in Oxford.  And these days you can find really, really good coffee in Oxford.

Every day is different – that is something I really love. I might be trying to write something about the Theodosian walls of Constantinople or the delivery of fresh water along the city’s aqueducts; or about the gift of a Christian psalter to a Persian ruler in the 16th Century; or thinking about which parallels (if any) might be useful for the Chinese acquisition of the port of Piraeus. Any which way, it’s wonderful to be at a university there will be someone else who is interested in the same thing and has something interesting to say that will help take my ideas and research moving forwards.

Brexit and the collapse of Empires

The Return of History and the Death of Democracy

The End of Hyperglobalisation: The New Conditions for the Economic and Financial Landscape

The Silk Roads: A New History of the World

The sun is setting on the Western world. Slowly but surely, the direction in which the world spins has reversed: where for the last five centuries the globe turned westwards on its axis, it now turns to the east. For centuries, fame and fortune was to be found in the west - in the New World of the Americas. Today, it is the east which calls out to those in search of adventure and riches. The region stretching from eastern Europe and sweeping right across Central Asia deep into China and India is shaping the modern world.

The First Crusade: The Call from the East

The First Crusade is one of the best-known and most written-about events in history but in this new book Dr Peter Frankopan asks vital questions that have never been posed before.  This is the only book to address the history of the First Crusade from the perspective of the east, examining the role of the Byzantine Empire and its ruler, Emperor Alexios I Komnenos.